Home » Privacy & Security » Are VPNs Legal to Use? Not Everywhere it Seems! 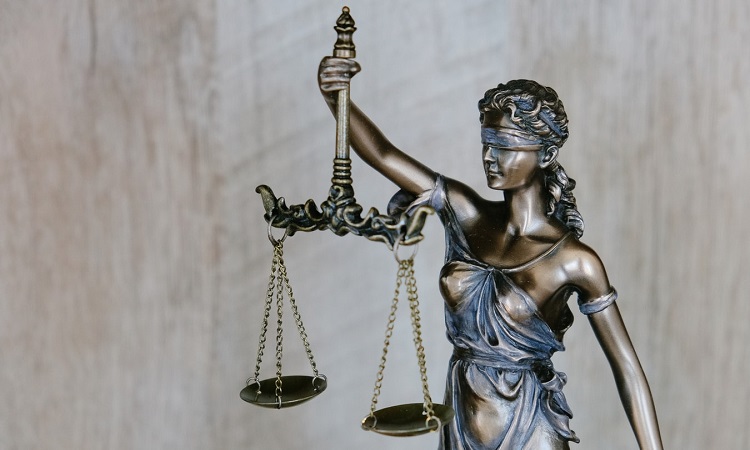 Virtual Private Network (VPN) use is legal in most countries. Having said this, what you do with a VPN is another matter altogether. There are also some countries that have totally banned VPN use. A handful has tentatively allowed them, albeit with some restrictions.

We use VPNs for many reasons including to mask our IP addresses or bypass geo-blocks. However, the crux of the matter is basically increased privacy and security online. Simply put, they help protect our digital life.

Due to their capabilities though, these tools can also be used in negative ways. That is part of the reason why some countries have placed them under increased scrutiny. However, there are other reasons as well.

Is Using a VPN Legal in the US?

Using a VPN is perfectly legal in the United States. You've never had a better opportunity if you're outside the country now and looking for ways to access your favorite streaming sites. Pick up an affordable VPN subscription, load it onto your PC or Mac, and you're good to go.

However, in recent years, the US government has become increasingly concerned with what it considers to be threats to its national security and the safety of its infrastructure and citizens. Because of this, the nation has begun applying much greater scrutiny to VPNs in particular.

As a result, lawmakers have proposed laws that would authorize court orders to obtain information from VPNs regarding their clients. These actions are part of an ongoing effort by the US government to protect its citizens from cybercrime and terrorism by surveying online behavior.

This effort has already yielded some notable results. But their efforts could discourage people from adopting VPNs altogether—a turn of events that would come at a high cost for those who use them for privacy and security reasons.

Countries Where VPNs Are Illegal

If you go through this list of countries where VPNs are more tightly controlled, you may notice a common theme. Many of them are more restrictive – some might even say totalitarian in nature.

Russia banned VPN use in November 2017 with the given reason as preventing the spread of extremist materials and ideas. But many argued that this was only to increase government control over the Internet.

While this move blocks VPN websites, it doesn’t block VPN traffic. This came at a time when online freedom in Russia was rapidly deteriorating, pushing Russians towards using VPN services to access restricted content.

But if caught, you may face fines up to around $10,867 for the VPN provider and around $4,657 for the user. Despite VPNs being banned in Russia, some VPN providers still operate servers inside the country.

However, the Russian government demanded access to these servers in March 2019, which resulted in some VPN providers, such as NordVPN shutting down their Russian servers.

Internet usage in Iraq is heavily restricted. The Iraqi government blocks access to many sites, including social media, chat apps, and more. VPNs are also banned in Iraq. Strangely enough, these extreme measures seem to be taken for a sole purpose.

Technically, the ban was made to help control the activities of members belonging to the Islamic State of Iraq and Syria (ISIS). Iraq claims to use Internet and VPN bans along with restrictions as part of its defense strategy.

Since 2005, there have been constitutional laws regarding censorship. Like in Belarus, there are also laws against those who don’t self-censor. This makes using a VPN in Iraq dangerous.

China’s “Great Firewall” has long blocked many popular foreign websites and applications including Google, Facebook, and YouTube. Since using a VPN can circumvent this, the country has made the use of VPNs illegal, except for government-approved service providers.

The Chinese government is very strict on this and is rigorously cracking down on VPNs. While using a VPN in China isn’t flat-out illegal, there have been VPN providers who were arrested and sentenced. VPN apps were removed from the China Apple App Store in 2017 too.

China uses Deep Packet Inspection (DPI) to detect and block VPN traffic but some VPNs were successful to avoid detection by using superior cloaking technology. However, the list for these successful VPNs is very short.

The Great Firewall of China is evolving rapidly, so it is hard to find a VPN service that works reliably there. You can try using ExpressVPN or Surshark. The biggest challenge for a VPN provider is that China's Great Firewall is extremely adaptive, so the VPN provider has to be resilient and continuously work smart in this country.

Belarus has been trying to crack down on the use of VPNs. The country has banned any technology that gives you privacy on the internet. While they’re not exactly illegal, VPNs have been added to the list of websites with restricted access.

Belarus is a bit odd as it has a constitution that doesn’t allow censorship but several laws enforce this. So it seems that Belarus leverages on the trend of crying “fake news” as a means to an end. Even though it’s highly frowned upon and users may face fines if caught, VPNs are popularly used in the country.

North Korea is known for its heavy censorship. The government has blocked access to various social media sites. North Koreans only have access to ‘Kwangmyong’, a national intranet.

Additionally, they disallow its diplomats from accessing the internet while overseas. At the same time, visitors to the country can access the internet via mobile data but not via VPNs. So far, there is no clear indication of whether VPNs are legal or not.

Some reports claim that they are illegal, while others imply that certain VPN providers are allowed. North Korea, is known as one of the most authoritarian governments in the world, took the last place in the annual Press Freedom Index published by Reporters Without Borders.

These reports indicate that the privileged in the country are able to use VPNs, for the purpose of acquiring more skills.

Turkmenistan is known to be one of the most heavily censored countries in the world. Its government actively censors the internet. No outside media is allowed in. They have only one ISP and it’s government-owned. All domestic outlets are highly regulated.

It’s not crystal clear whether VPNs are legal in Turkmenistan since there has been no explicit ban on VPN usage. Having said this, there have been reports of blocked access though. Therefore, tread carefully when you’re there.

The Turkish government has blocked Facebook, Twitter, and WhatsApp. They heavily censor the internet. This move was in part of sweeping censorship laws aimed at restricting access to selected information and platforms. This was to give the government more control.

As such, VPNs are extremely popular among citizens. While using a VPN in Turkey isn’t actually illegal, the government has actively cracked down and successfully blocked some VPN providers.

The UAE has laws explicitly related to VPN legal usage. They can be freely used by companies and institutions but are illegal if used to commit a crime. In 2016, legislation passed which states that when Internet Protocols are manipulated to commit crime or fraud via a VPN, the user can be imprisoned and fined more than half a million dollars.

While VPN use was initially only discouraged by wordings in their laws, the UAE has since amended those laws to specifically make the way VPNs work to be illegal. Therefore, using a VPN, in essence, has become a crime in the UAE.

The government heavily censors the internet and has even published an ‘Internet Service Manual’ on all possible online criminal activities. In Oman, it’s common to hear of bloggers or activists getting arrested for digitally publishing controversial views.

While it’s not actually illegal to use VPNs, brands not sanctioned by the government have been blocked in Oman since 2010. In addition to this, Oman also deems any form of encryption in communications illegal.

The law itself does not make sense since that would essentially ban all access to SSL-enabled websites as well. Given the confusing situation, VPN users should exercise caution when in the country.

VPNs are somewhat legal in Iran but this comes with a large caveat. Iranians can only sign up with a VPN provider that is registered and approved by the government. This essentially defeats the purpose of using VPNs.

Those who choose to go ahead with using non-sanctioned VPNs, if caught, may be imprisoned for terms between 91 days to one year. However, such arrests are rare as the government is reportedly not so concerned with actually enforcing the law.

When is it Illegal to Use a VPN?

VPNs are legal in most countries. Many companies use VPNs to help their remote workers create secure connections to company servers for security purposes. Although using a VPN in these countries is legal, if you use a VPN to commit an act that is illegal without a VPN, it is still illegal when using one.

Each and every country has a different stand on VPNs. Depending on the country, the laws that surround VPN usage differ. Certain governments may impose fines on both the citizen and the VPN service provider for using any unsanctioned VPNs.

Do remember that even when a country has made VPN legal, should you use a VPN to commit an act that is illegal in that country, that itself is considered illegal. This involves acts of downloading and selling copyrighted information and cyberstalking. Hacking into computers or networks without authorization via VPN is also illegal.

Be careful to always use a VPN within the legal guidelines provided by the country. So, please always read the Terms of Service of any VPN provider you intend to sign up for.

As you can see from this rather short list, there are many more countries that do not ban the use of VPNs as compared to those that do. In most cases, the ban on VPNs comes from a government that wishes to have more control over its citizens.

In reality, there is no legal reason that can be used to ban VPNs as they are merely tools. Regardless of this, more countries have been considering more tightly regulating VPN use and likely the list will eventually grow.