Home » Streaming » How To Change Region On Netflix 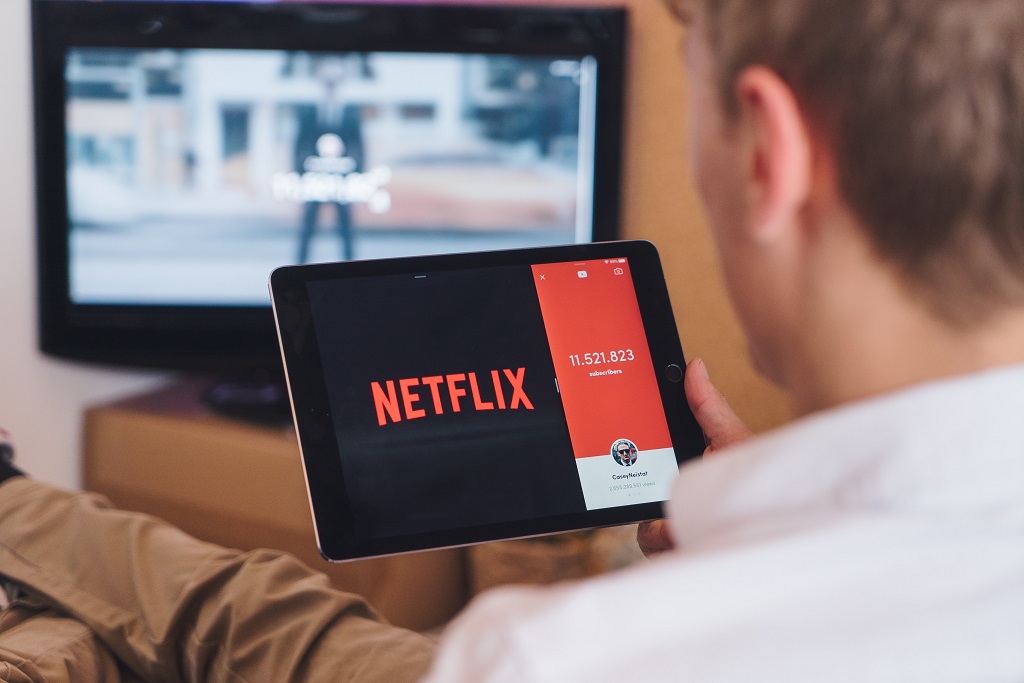 You might want to change Netflix regions if you're a globetrotter or simply moving to a new country. The problem is that Netflix links your account to the country where you register for the service.  With over 220 million subscribers, the popular streaming service has a few quirks. One of them is controlling what content it shows to whom.

Of course, you likely won’t discover this unless you try using Netflix abroad, in the office, at school, or in other “away from home” locations. With the right tactics, you don’t need to put up with this and can unblock Netflix easily.

Today, I will show you a few ways you can unblock Netflix. Most of them will only take a moment of your time, so read on and try on that suits your needs. Be warned, though, that the success rate of each method varies.

The best way you can change your Netflix region is with a VPN. Connecting to one of the VPN servers will provide access to the Netflix library in that country. I recommend NordVPN. It's the fastest VPN on the market and has a 30-day money-back guarantee.

Note: This process will work for most devices. If you need help with a specific device, check with the VPN service provider. They often have detailed guides on using their service with different platforms like Android, iPhone, Roku, Firestick, or even Smart TVs.

That's all there is to it! To watch US Netflix from another country, connect to any server located in the United States. If you want to unblock Japanese Netflix, pick a server in Japan. You'll get immediate access to more titles by connecting to a server in a different country.

Method 2 – Use a Proxy Server

Proxy servers are in some ways similar to VPNs. They provide access to external servers and may fool Netflix into thinking you’re in another location. I’ve heard of some users who have succeeded in unblocking Netflix with a proxy server.

You’ll come across many proxy servers available for free online if you search. However, because most of them have limited servers and IP addresses, many easily get banned by Netflix, causing them to be unusable. In addition, these free services are often dodgy and may contain malware or steal your data.

Because proxy servers don’t encrypt data, it is also unlikely that you can use them to unblock Netflix on a school or office network.

Using Tor to unblock Netflix is theoretically possible. There are two parts to using Tor; the Tor Browser and the Tor network. Both parts work together to route your data through a series of nodes. This routing makes it complex for anyone trying to track your device.

The critical point to note is that you can choose the exit node when using Tor. By using this method, you may be able to bypass Netflix content blocks. However, given how capable the Netflix detection systems are, the chances of slipping past by using Tor are low.

In addition, the meandering route the Tor network forces also result in an abysmal user experience. Even if you manage to access blocked Netflix content, the buffer times are likely to be pretty high when streaming movies.

Best VPNs to Change Your Netflix Region in 2022

I've tested dozens of VPNs with Netflix, from the popular to the obscure. While many work (and some surprisingly didn't), my favorites are NordVPN, Surfshark, and AtlasVPN.

These VPNs all have fast servers and reliable connections, so you'll be able to stream at peak performance no matter where you are.

Once you sign up for NordVPN, you can use their tutorials to learn how to set up your device and get connected to Netflix. You won't even have to go through the hassle of contacting customer support with questions—you can find everything you need on their website.

It's one of the most popular VPN services available and for good reasons. NordVPN has fast servers that offer unlimited bandwidth and don't store any logs that would compromise your privacy. It also provides a 30-day money-back guarantee and excellent customer service, so there's no risk in trying it out.

Not only will Surfshark unblock Netflix, but it also offers an easy-to-use interface, fast speeds, and no data caps, so you won't be interrupted in the middle of watching your favorite show.

And it goes beyond Netflix—Surfshark can get you around geo-restrictions for other sites or apps. With one click, you'll be able to unblock access to whatever content you want.

AtlasVPN allows you to choose which country's library of content you'd like to access for Netflix, so it's a simple fix if you're looking for more films or TV shows than what's available locally.

It's also helpful if you've moved cities or countries and don't want to miss any of your favorite shows when you settle into your new home. It works with all kinds of devices—from laptops to phones—and is entirely legal.

Why Netflix is Blocking You

Before we begin, let’s understand why Netflix chooses to stop you from accessing some content. Knowing why Netflix blocks content will help you select how to unblock Netflix later. It’s got nothing to do with censorship of other moral high ground reasons.

Instead, Netflix engages in something called geoblocking. Content geoblocking is restricting access to online content based on your location. Because Netflix serves over a hundred countries, it must adhere to multiple content release guidelines.

The movies and TV shows that Netflix broadcasts often don’t belong to the company. The exception is Netflix originals, which are its licensed productions. Aside from those, everything else is licensed.

Given how many license holders Netflix needs to negotiate with, it’s unsurprising that the terms of broadcast from each agreement can vary significantly. For example, some movies may be too expensive to license for broadcast in multiple countries.

The cost of licensing depends on many factors, such as the popularity of the movie title, market demand, availability, and more. Publishing houses also take licensing seriously and do their best to ensure Netflix keeps to the terms of the agreement.

Yet, Netflix isn’t the only one responsible for blocking access to its service. For example, many schools, universities, and offices will block access to some services. The network infrastructure in these locations makes it easy for administrators to block Netflix access.

Should I Use A Free or Paid VPN for Netflix?

When considering whether to use a free or paid VPN to change your region on Netflix, you should consider what's most important.

Free VPN services are attractive because, well, they're free. However, these free services often have a weak privacy policy and keep logs of your online activity, selling your data, or worse. For example, Hola VPN sold idle bandwidth on their users' networks.

Netflix is also blocking more and more IP addresses that belong to free VPNs, which means that they might not work. Some even contain malware. If your priority is the cost, though—and you're OK with the risks—then choose a free VPN service.

Freemium VPNs are OK for Changing Your Netflix Region

There is an essential difference between Free and Freemium VPNs. Freemium VPNs will offer users limited access and then hope they'll upgrade to a paid service.

If you're interested in these, I have a list of the best Freemium VPNs that can help. However, I strongly recommend one of the commercial VPN services since they are often cheaper.

Netflix states that movie titles are limited to the region where you create your account. If you're moving to a different country and want to access the content in your new country, you need to cancel your Netflix account and sign up for a new one locally.

Netflix doesn't explicitly state that it doesn't allow the use of VPNs. However, it dislikes anything that tries to circumvent its geoblocks. Because of this, less capable VPNs and proxy servers often won't work with Netflix.

How Many Movies Does Netflix Have in Each Region?

Netflix doesn't officially disclose how many movies and TV shows it broadcasts in each region. However, many users have done studies and found the Netflix US library is the most extensive. Here are the ten largest Netflix regional libraries (that I know of);

You might also be interested in the five countries that have the most limited titles on Netflix;

Will a VPN Slow Down Netflix Streaming?

If you choose a fast VPN service, a VPN shouldn't decrease Netflix streaming speeds. A VPN might even speed up your Netflix experience if your ISP has been throttling Netflix traffic. However, using a sub-par brand can often result in detection by Netflix, excessive buffering, and other problems.

You should note that technically speaking, using a VPN will almost certainly affect your Internet speed. You need to choose a reputable VPN brand (such as the ones I suggested above).

VPNs work by encrypting your data and sending it through servers worldwide before connecting to the Internet, which adds extra time. Because of how fast these reputable brands are, the impact on your Netflix streaming will be negligible.

You can expect a quality VPN to decrease your internet speeds by less than 10%. So if you're currently paying for 100Mbps internet and use a quality VPN service, you should be able to continue streaming Netflix in HD (or even 4K) without interruption.

The best VPNs have thousands of servers covering hundreds of locations worldwide, with fast connections, no bandwidth restrictions, and sometimes even specialized servers optimized for the kind of media streaming you want.

It’s easy to unblock Netflix with the right tools in hand. I’ve not encountered any issue when streaming Netflix with any of the three VPN brands recommended above. Remember, though, that while Netflix doesn’t explicitly block VPN users, it will try and prevent access.

The main issue with how Netflix blocks content is simply because we all pay the same subscription rates. I can understand if those who pay less get limited access but charging flat rates should provide equal access.

So if you’re like me and want to unblock the Netflix content you paid for, grab a VPN and start streaming today!

Can I watch Netflix abroad?

Yes, you can watch Netflix abroad. All you need to do is change your Netflix region, and you'll be able to watch everything on American Netflix in Canada, the UK, Australia, France, or anywhere else abroad.

Can I change my Netflix region without a VPN?

Yes, you can. However, most alternative means like proxy servers are easily detected. Netflix fights back hard against IP-altering services, and only VPNs rotate their IPs enough to work well.

Netflix restricts the broadcasting of titles to some regions due to licensing agreements. Netflix purchases the rights to stream shows in different areas, and these rights are not universal.

Can I change the Netflix region on my iPhone?

Yes, you can. Most reputable VPN services have apps for all major platforms, including Apple's iOS. You need to sign up for a VPN account and download their iPhone app.