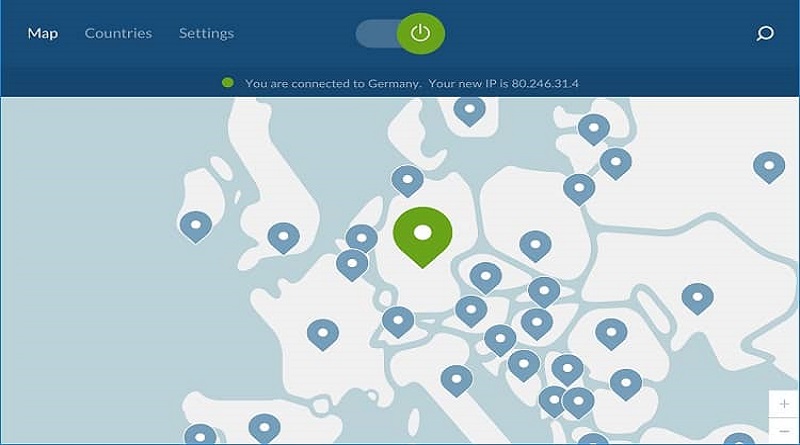 NordVPN works exceptionally well when used to unblock Netflix regional content. I frequently use it to access Netflix US and the speeds are remarkable. Aside from that, it also works with almost all other significant Netflix regional libraries including the UK, Japan, Australia, Germany, and more.

It is no doubt that Netflix is a media giant when it comes to streaming content online. Nothing beats the fact that you know you’ll come home to a strong and reliable streaming platform to feast on all your favorite shows and movies.

However, there can be times that the show you want to watch is inaccessible. This is because the content offered by Netflix differs from one region to another. Using NordVPN is one of the best ways to unlock all regions.

How to Use NordVPN With Netflix?

Using NordVPN with Netflix is pretty easy and straightforward. Just follow the steps below ( assuming that you have already subscribed to Netflix):

There are three subscription plans that you can explore. They differ based on the video quality and resolution. However, they all come with no ads and you can watch from multiple devices, namely the TV, computers, mobile phones, and tablets, which is great.

Most would opt for the Standard Plan as it comes with the de facto standard – 1080p resolution videos which many find good enough. Also, you have the flexibility to change or cancel your plan anytime which is awesome.

NordVPN supports almost everything you can think of – Android, Linux, Windows, iOS, macOS, Smart TVs, Playstation, and others. If you need a browser extension for NordVPN, you can get one for Chrome, Firefox, and Edge. Download the NordVPN app of your platform choice. Then, begin the installation and go through the simple onscreen instructions until you’re done.

Step 4. Connect to the Region of the Netflix Library of Your Choice

Upon successful login, you’ll see a list of servers in the respective countries including recently connected ones. You even choose which specific areas within some major locations like the United States.

Once you’ve successfully connected to a NordVPN US server, launch Netflix. Key in your Netflix login credentials. Upon successful login, you’ll find yourself bingeing on all the amazing content that Netflix has to offer!

With over 5,000 server locations, NordVPN works with most Netflix regions. Try them out today with a 30-day money-back guarantee so you can be sure it fills your needs.

The content offered by Netflix, unfortunately, is based on where you reside. If you’re in Japan, you’ll be watching content from the Netflix Japan library but if you’re in the US, you’ll have access to all content in the Netflix US library. Such regional restrictions are due to different distribution rights in various regions.

As such, many use a VPN to help bypass such geo-restrictions put in place by Netflix. VPNs are tools that mask your actual IP, replacing it with another IP, thus deceiving Netflix into believing that you’re coming in from elsewhere. Hence, you get to circumvent the geo-block issue. VPNs also secure your data via an encrypted tunnel so that your information is safe from prying eyes.

Netflix is my streaming service of choice. Unfortunately, I don’t get access to Netflix US content. That makes it necessary for me to use a VPN like NordVPN for better content access. It’s one of many popular VPNs that work with Netflix.

Because of how fast and secure NordVPN is, it’s my preferred choice for Netflix regional content unblocking. I find that the NordLynx protocol’s increased speed helps make up for the increased latency when I connect to a US server.

As of current writing, NordVPN works seamlessly with most Netflix content regions I tried to access. Connecting with a NordVPN server in the US proved good streaming speeds and no issues in accessing the Netflix US library. Likewise, connections to the UK, Australia, and Japan were flawless with NordVPN.

There were slight hiccups in some regions like India and France, but this can be overcome with a little persistence. If it doesn’t work, simply swap NordVPN servers and you’ll usually be good to go.

What Happens When NordVPN Doesn’t Work with Netflix?

Even though you’re using a NordVPN, there may be some times you still encounter Netflix error M7111-5059. This error occurs when Netflix detects you’re using a VPN or a proxy on your device. Netflix is aware that many are using a VPN to spoof their actual location to access content that otherwise is not accessible to them.

As such, Netflix has devised this method to help thwart the usage of VPNs to gain access to all of Netflix content. And, Netflix is getting better at doing so; they blacklist IPs that they believe are accessing via VPNs. That said, NordVPN does its best to ensure these blacklists don’t last long by continuously renewing IP addresses.

If you find that you’re getting the M7111-5059 error when accessing Netflix on NordVPN, a quick way to resolve this is to simply use another server. NordVPN offers access to thousands of servers in many locations.

The most popular Netflix region is the US since that offers the most movies. Thankfully, NordVPN provides access to nearly 2,000 servers in the US. If New York isn’t working, simply switch to Seattle, Dallas, or one of the many alternative servers.

Is NordVPN Fast Enough for Netflix?

When it comes to streaming, being able to gain access to the content is one matter, being able to stream seamlessly with no buffering and disturbances is another. The tested connection speeds for NordVPN were found to be sufficient for HD content streaming, which is great.

I found that streaming from halfway across the globe, accessing Netflix US, was satisfying with good speeds. However, accessing Netflix UK was a tad slower but still acceptable and fine. That’s a little strange since the UK is closer, but it helps if you understand how VPNs work.

Bear in mind that there are many factors that can come into play when it comes to connection speeds. While physical distance to the said VPN server is an important factor, the capability of your device, internet line speed, and even global network routes also play crucial roles.

In general, I use VPNs for more than just Netflix access. That’s why I prefer NordVPN to bypass Netflix geo-blocks. It’s fast enough for streaming Netflix, can unblock almost every Netflix region content and provides overall robust security and privacy.

Not only does NordVPN provide you with tons of essential security features, but it also gives you swift and fast connection speeds with all the right server locations around the world. If you need to unblock more than just Netflix, well, NordVPN is a great choice.