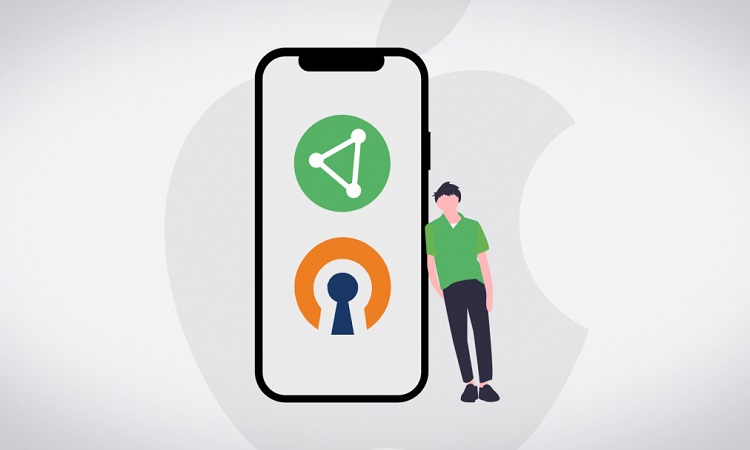 ProtonVPN iOS app users can now sign up for their trial of the OpenVPN protocol. Something that many of us on desktops usually take for granted, mobile platform uses are generally stuck on IKEv2. This beta from ProtonVPN attempts to open up more choices for its iOS users.

BEcause many websites aren't overly fond of VPN connections, various ones will try different things to block VPN users from connecting to them. Unfortunately, it can be a challenge to work around this and a choice of protocol can help users bypass sticky connection blocks.

This move comes on the heels of the company's most recent OpenVPN beta for its Android users, so things must be going well all around. The beta is open to all members of the ProtonVPN Beta Program.

This Swiss-based VPN service offers users a change to buy in at tiered pricing depending on their needs. They offer high levels of security and a secure core of servers in three anchor countries.

Why Use OpenVPN on iOS?

A VPN protocol is just a set of instructions on how to establish a VPN connection, and each protocol does it slightly differently. These differences can affect performance, with some VPN protocols establishing faster connections and others maintaining more stable connections. With IKEv2/IPSec and OpenVPN to choose from, the ProtonVPN iOS app is more flexible and adaptable. Which one is correct for you will depend on your particular situation.

The default VPN protocol for the iOS app is IKEv2/IPSec because it’s faster. That means IKEv2/IPSec is ideal for streaming videos, playing video games, and anything else where lagging can ruin the experience.

However, IKEv2 makes it easier for network administrators and WiFi providers to block your VPN from connecting because it only runs on the User Datagram Protocol (UDP), which can be blocked without affecting other types of Internet traffic.

That’s where OpenVPN comes in. OpenVPN supports both UDP and the Transmission Control Protocol (TCP). TCP is much more difficult to block because it can use the same port as conventionally encrypted Internet traffic.

TCP and UDP are both built on top of the Internet Protocol (IP) and both send bits of data to and from IP addresses. The difference is in the way they do that. TCP is more concerned about accuracy. It allows devices to send and receive an ordered and error-checked stream of packets. UDP is more concerned with speed. It streams information faster by eliminating the error-checking.

If you would like to be one of the first users to try OpenVPN on ProtonVPN's iOS app, then sign up for their Beta Program. By doing so you will get early access to any new features developed by them (aka you'll become a guinea pig).

Anyone with a ProtonVPN account can join the program (click to join the ProtonVPN Beta Program). Do note that there are only 10,000 beta positions available at any one time, so if you don't actively participate while signed up, you might get removed.

Once you have installed the beta version on your device, you can switch from IKEv2/IPSec to OpenVPN in the app by navigating to the Settings screen, which you can do by tapping the Settings button at the bottom right.

Once you are on the Setting screen, tap the Protocol field, which is under Security Options.

This will let you choose whether you would like to use IKEv2 or OpenVPN. (Again, IKEv2 is the default.) If you choose OpenVPN, you will then be presented with your choice of transmission protocol, either UDP or TCP. If you think your current WiFi network is blocking VPNs, you might like to try using TCP.

You will need to give ProtonVPN permission to run new VPN profiles on our device. After you’ve switched protocols, the next time you attempt to connect to a server, tap Allow to grant permission for OpenVPN.