Putlocker is the name of a specific media streaming website that has a ton of movies and TV series that you can watch. However, the term Putlockers has also become applicable to various free movie streaming websites as well – and there are a lot.

While there may be a ton of Netflix fans as well as fans of other pay-to-view sites, not everyone can always afford a regular subscription. Let’s look at what Putlocker has to offer as well as what other sites you can stream movies on are;

(There are some other domains such as putlockerfree.sc that work)

Founded not that long ago in 2011, Putlocker has been offering a huge number of movies as well as TV series for people to view. Unfortunately, it has also come under legal scrutiny many times since then. In some countries it is blocked you might need to use a proxy or Virtual Private Network (VPN) service to access the site.

Using Putlocker is a breeze since the site is extremely simplified and not cluttered with a ton of ads. However, it makes up for these by having some annoying popup ads that try to open new browser tabs. The navigation bar only has a few options and you can use that to either navigate through the movie library or search for any title you want.

Movie quality can be good, and you can choose 720p or downgrade that to 480p in case you’re using a smaller device. There is the option to watch in 4k as well, but that is an option for members only. The strange thing is, there isn’t any information on how to get membership.

Here’s the catch though – there are incredibly intrusive text ads on the movie screens themselves, which can be hugely annoying. Thankfully, these only play during the initial few minutes of any movie.

FMOVIES is so much like Putlockers that nobody would blame you if you got the two mixed up. It also sports a very clean interface that makes it so easy to search for and watch any movie you’d like. There are new as well as old movies, but quality isn’t always the best.

Like all pirated moves you take your chances – sometimes you get great HD movie quality but at others you’re stuck with SD quality or even *shudder* CAM footage. As with Putlocker, you’re also faced with a ton of popup ads and some in-screen text ads that take up the first few minutes of the show.

There are a few more options on 123Movies that are missing from both Putlocker or FMOVIES, but aside from that, it has a similarly great movie database. Both new and old movies and tv shows about and you can watch to your heart’s content for free.

The shows also allow you to adjust quality so you can stream smoothly on various devices. Unfortunately, some shows are also CAM quality here, but well, they are free. If you really need to watch them in 4k quality – buy the original!

Although the name sounds similar to 123Movies, this site is actually separate (as far as sites go). What I like about Movies123 is that instead of constant popups, they scatter a few banner ads around the site instead.

If you get sick of those ads though, Movies 123 has a Premium option that you can pay for. Annual subscriptions are cheapest at $45 but you can also opt to pay month by month for $5 per month. Before you look, yes, these rates are lots cheaper than what Netflix offers.

For those who have a hankering for something a bit more exotic, Drama3S has a good selection of foreign film and drama. This makes it another good candidate as a Putlockers alternative. The movies here cover several popular countries such as Japan, China, Korea, and Taiwan. The best part is that many of the movies and drama series here have English subtitles!

The online viewer here is of a better quality than most of those above and has more options such as Auto Next (great for series binge-watching) and Lights Off for that cinema effect. There seems to be an option to download shows as well, but I never managed to get that working.

Popcornflix is absolutely free but users should note that it does geo-block content. It doesn't tell you this upfront but displays warning messages from time to time if you try to play certain movies from some locations. Suffice to say, if you're in the U.S. this will likely cause you the most problems (nothing a good Netflix VPN won't take care of).

The movies aren't the most up to date but there are some oldies but goodies here. The interface makes it a good run for mobile formats and is highly recommend you keep this one as a Putlocker alternative for a quick on-the-go movie fix.

This is one of the real deals and Megashare has really got a ton of movies. The interface looks a bit busy but it really is one of the most straightforward to use. Going one step further form the usual genres/type of movie categorization, you can also search for top IMDB shows or even browse by country of origin.

Some movies require that you be logged in to stream though. However, if you do so then you can also download the movie to watch later. While I like that flexibility, I'm a little wary of registering on a site that offers services such as this. Still, yet another decent Putlockers type of site.

Is Using Putlockers or Other Streaming Sites Safe?

The first thing you have to realize about streaming movies is that for the site owner, the cost of bandwidth is huge. This combined with servers and other infrastructure costs means that nobody can afford to let you stream movies for free.

Although many of these sites don’t pay licensing costs for the movies they show, their operational costs would likely be big enough to choke a horse. Since they are not earning money from subscriptions, the only other way for them to recover costs is through advertising.

While may might be horribly annoying, we’re pretty sure that many of these ads aren’t vetted too closely and we did get some security warnings from Norton Anti-virus as we were conducting our research. This means that you better at the very least have some decent anti-virus apps running if you’re going to be streaming movies.

Think of it as a minefield that you can circumvent with care. Bearing that in mind, we come to the next questions which is;

I could give you the standard hem and haw with the “it depends” answer, but honestly, think about it. These websites are letting you watch a ton of movies for free, some of which are so new they are probably still showing in the cinemas. Sounds legit? – not!

To get into the nitty gritty of things, let’s consider it from a jurisdiction point of view, after all, the Internet is reachable from everywhere around the world. Although movie piracy is generally illegal, not all countries enforce this zealously (or over-zealously in some cases).

For those who reside in the European Union – unfortunately for you, legislature is a major pain in the behind and every country in the EU gets the same short end of the stick at the same time. Since mid-2017, EU courts have stated that streaming pirated content is very illegal.

Watch any movies from anywhere around the world

The same goes for all our friendly readers from the good old US-of-A, and they are one of the parties that enforce this over zealously. Their neighbors to the north in Canada aren’t bound by such regulation though!

If you aren’t certain whether streaming these movies is illegal where you stay or not, as a rule of thumb the answer is usually yes, it is illegal. Bearing that in mind, is there really any way you can get caught streaming movies?

Let’s move on to the next section;

How to Stream Putlockers Movies SAFELY

Internet Service Providers (ISPs) all around the world have gotten a terrible name and reputation because whenever authorities ask for any information, they cough it up faster than you can say “WHAT?” They can do this because your data runs through their servers, so in effect, they know everything that you do online (and when you’re doing it!)

Now that you know how scary those nasty ISPs can be, let’s look at how you can hide everything from them. Because they are your conduit to the Internet, ISPs can monitor and track everything that goes through their servers.

But what if you are using alternative servers and encrypting all your data before your ISP can get their hands on it? Enter the Virtual Private Network, or VPN. These nifty service providers offer a simple service, and that it to encrypt your data and then route it through their own secure servers.

Stream Any Movies with a VPN

Aside from offering those great services, VPNs are also able to let you appear anywhere else in the world. This means that instead of Bottomville, France, you can appear to the digital world as originating from New York, New York! Well, form anywhere actually – as long as your VPN has a server there.

This capability means that you can bypass services like geo-locking. Some streaming services aren’t accessible from some countries for example, like the case of Putlocker. Or there might be other services like Netflix that locks content depending on where you are from.

Using a VPN means that you can appear to be anywhere – and use any service you like. It’s real Internet freedom. You’ll even be able to access content that your country has deemed ‘unsuitable’ for you and blocked.

Conclusion: Take Back Your Digital Freedom with a VPN

VPN services are useful for so many things and if you haven’t already, I recommend you read our VPN Guide. This will let you know the basics and then you can browse through the Best VPN Deals that we’ve scoured the web for, just for you.

Just remember that not all VPNs are equal and some might be better than others at certain things. Because of that, we've divided them up by use, so make sure to refer to our charts on those pages;

Scroll back to top 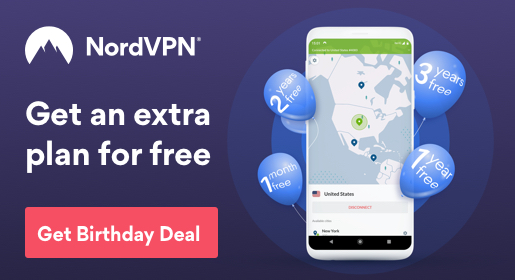