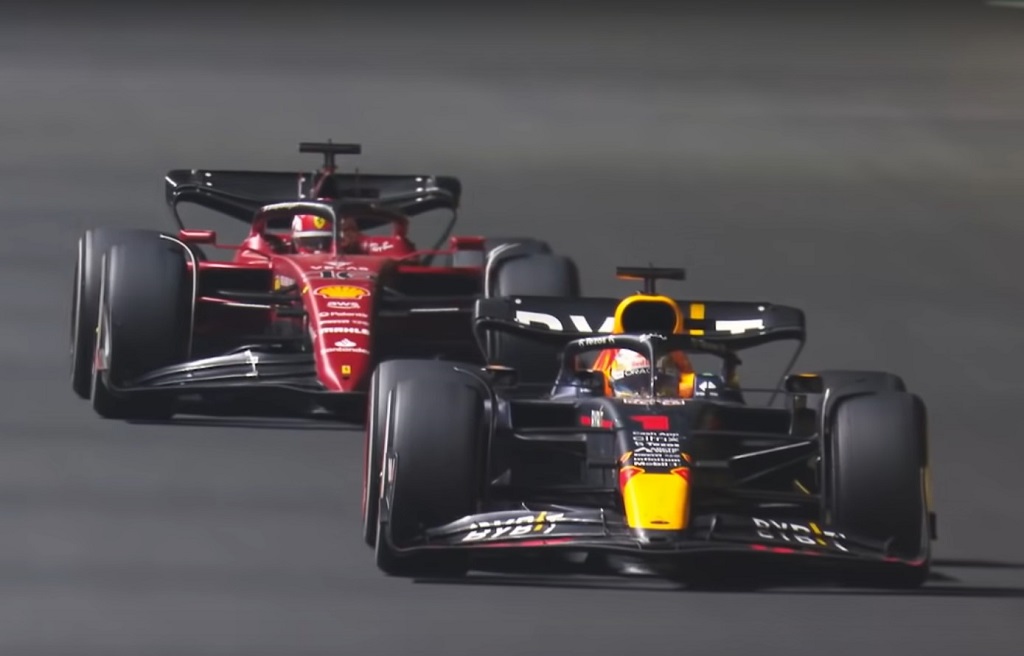 If you relish living in the fast lane and enjoy speed cars, Formula 1 (F1), the dominant worldwide racing competition, is for you. The only problem is that F1 tickets (or even cable channels) are expensive. Let’s look at option two; We can watch F1 live streams online instead.

Massive-screen televisions and increasing broadband speeds mean that the home F1 experience is now viable. While you may not get to hear the Ferrari V8 screaming next to your ears, a good surround sound system will help.

If that sounds good to you, then here are the best places you can go to watch F1 live streams during the season.

Disclaimer: The information in this article is purely for informational purposes only. We do not in any way or form condone nor encourage using VPNs to violate copyright or other laws.

For the hard-core F1 fans, Reddit F1 Streams is a free platform that allows you to stream F1 races no matter where you are. You can catch the live coverage of the F1 races, qualifying matches, and other related captivating events. The content and links are updated often, so you get the latest on everything F1.

You can access and view the streams via desktops, smart TVs, and mobile devices. Scroll down the page to locate the race you want, click it, and you will see another page with a list of streams available.

It is not surprising that Reddit is where fans first turn to when it comes to F1; it is a highly sought-after platform where sports enthusiasts gather. You will find that the streaming quality is usually commendable since they come recommended by the users. However, streaming comes with risks, so protect yourself with a VPN.

RTL, a German free-to-air television channel, is the largest private network in Germany. They have a presence in France, Germany, Spain, and Luxembourg. RTL Luxembourg F1 has a comprehensive library of information on everything you want to know about F1. There are also many photos on F1 that you can feast on.

Not only do you get to stream every F1 race here, but you also stay informed on the latest news and current standings. Check out the ‘Undercut’ episodes where analysis, backgrounds, fun facts, and more are available every two weeks by Yannick Zuidberg and Tom Hoffmann.

If you’re in Luxembourg, you will rejoice, but anywhere else, chances are, you won’t be able to access the RTL site. Hence, use a VPN to unblock access to RTL to enjoy endless F1 races.

ServusTV is a free TV media platform based in Wals-Siezenheim, in the Austrian state of Salzburg. Austrians will be able to watch the F1 races live via ServusTV. They offer free streaming service to Austrians via its ServusTV On, where online content is made available through 24/7 streams.

You need to install the app, which is available on iOS and Android. Then, you get to enjoy the F1 races' live streams anytime and anywhere. Look for Motorsports and then choose Formula 1. However, you won’t be able to enjoy all F1 races live on ServusTV due to the agreement signed with F1.

The F1 races are divided between ServusTV and ORF, with details to be shared before the start of the season. That said, both stations have rights to the Austrian Grand Prix live. If you’re outside Austria and want to enjoy all the races, install a VPN and access whichever race you want via ServusTV or ORF.

ORF, the Austrian Broadcasting Corporation, is Austria’s biggest media provider. They are based in Vienna and maintain a worldwide network of partners contributing to the content. If you’re in Austria, you can catch up on the F1 races live via ORF.at. Look for Formula 1 under ‘engine’. You will find all the news, updates, driver ratings, F1 calendar, scores, teams, and more here.

Since the F1 races are split between ServusTV and ORF, you will need to look for them on both these platforms. If you are outside Austria, fret not, as you can still enjoy all the F1 races live via a VPN.

TotalSportek F1 is another great place where you can find live F1 races for free. The F1 live streams are usually of HD quality. You can search for the live streams by clicking ‘Yesterday’, ‘Today’, and ‘ Tomorrow’ tabs. These are live streams updated from Reddit. Aside from watching your favorite team racing, there is a blog and news on the right side of the page where you can catch up on interesting topics.

Sportsurge is an aggregator site that facilitates F1 fans to catch the F1 races all in one place through any device and for free. Perhaps, what attracts me is that the streams are available in multiple viewing options; this means that you can adjust the resolution of your streams depending on the strength of your internet connection.

They claim to be ad-free. Also, you can configure notifications for upcoming races so you won’t miss out on any of your favorite teams. Additionally, you can personalize your viewing experience by selecting the commentator and commentary style, which is a pretty nifty feature.

BuffStreams F1 has a site purely dedicated to F1 live streams. You can catch the live F1 races for free here in HD quality streams. The streams come from Reddit and are updated often. BuffStreams is a platform that allows you to stream not only F1 but also your other favorite sports anywhere, anytime.

They also have an app that is updated often with in-app navigation functions that allow Chromecast support and facilitate sharing via Facebook Live and Twitter Direct Message.

VIPBox Motorsports is another free streaming platform where you can watch F1 races at all times. You can catch them on your desktop or mobile devices when you're on the go. VIPBox does not host the content as they are merely an aggregator of the streaming content they claim to be freely available online. No registration is required, and no need to download and install anything. Search for the race, click, and you’re all set!

If a link does not work, try another. The links are available in various languages and are in HD quality. They include recommended streams, making the job easier for you. However, clicking anywhere on the site redirects you elsewhere; this is annoying at best. So, have your ad-blocker on to help with this.

Important: You May Need a VPN to Stream F1

Many streaming sites limit access based on location. If you find an F1 streaming site that isn't available in your country, use a VPN to bypass geolocation restrictions. VPNs can also help secure your data and prevent anyone from tracking your online activities.

How to use a VPN

Using a VPN is easy as pie. Opt for a trusted and reputable VPN. After all, you are relying on the VPN to keep you safe when online:

You can watch the F1 live by streaming online, anytime, anywhere.

Formula One – It’s All About Engine Noise, Baby!

Formula One, also known as F1, is of the highest class when international racing for single-seater race cars. Inaugurated in 1950 as the World Drivers’ Championship in the United Kingdom, it became the FIA Formula One World Championship in 1981. The F1 is sanctioned by the Fédération Internationale de l’Automobile (FIA).

F1 consists of several races (Grand Prix) held across the globe; this is called a season. The word ‘Formula’ originates from a set of governing regulations, and the tracks used are of grade ‘1’ as stipulated by the FIA. Hence, the name Formula One. Each F1 driver must hold a valid Super License issued by the FIA.

Both drivers and constructors of the car are evaluated at the end of each race and awarded points. When the season ends, the FIA aggregates the points scored to decide the winners.

Most Thrilling F1 Races of All Time

2017 Azerbaijan; Lewis Hamilton and Sebastian Vettel got into a heated exchange and went at each other on the tracks. Vettel was so furious with Hamilton (due to his sharp braking) that he purposely drove into Hamilton while the safety car was out.

Although Vettel finished the race ahead of Hamilton and secured a 14 points lead, the British driver, Hamilton, was the one who took the title by a 46-point margin, tying up the win with two races to spare.

The British Damon Hill went into a head-to-head race with Michael Schumacher in Adelaide. While Schumacher led, Hill hounded him until the German made a mistake that delayed him. Schumacher returned into the race only to turn in while damaging Hill’s car beyond repair.

The win was out of reach for Hill, and Schumacher secured his first world title standing on the sidelines. The win was controversial as Hill insisted that Schumacher deliberately drove into him while the latter insisted that it was a racing incident.

Lewis Hamilton was battling Felipe Massa for the title. When the checkered flag came down on Massa, he believed he had clinched the title. However, that ecstasy was short-lived as Hamilton overtook Timo Glock on the final lap; this gave him that extra one point, which was enough to secure his first title.

Being a hard-core F1 fan, you’re probably struggling to find the best way to watch F1 online. If you’re a cord-cutter and looking to save money, the good news is that there are several ways you can catch all your favorite teams racing in the F1 live and online via the above free streaming platforms.

Unfortunately, these quality streaming platforms may not be available in your country. Hence, this explains the need for VPNs as they help bypass the geo-restrictions to access the otherwise geo-blocked streaming sites. Also, VPNs safeguard your privacy and protect your information so you can enjoy your F1 races.