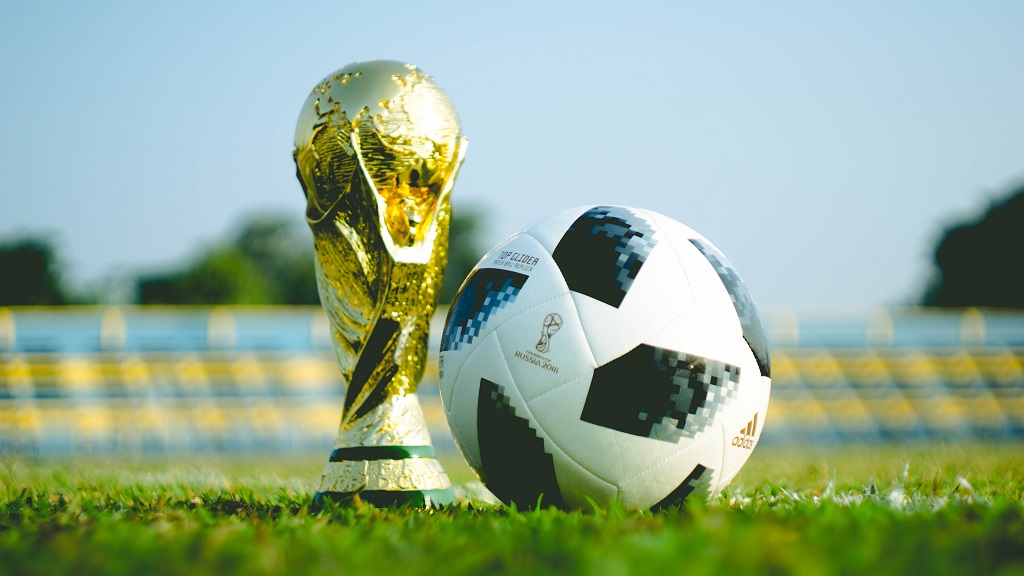 With the world enveloped by the current pandemic, it is a relief that football fans across the globe can now look forward to the upcoming FIFA World Cup 2022 this November. As you prepare yourself for this momentous event, the first thing in mind would be where to watch the World Cup matches online.

Here are some of the best sites for you to grab your World Cup 2022 fixes – along with a guide on how to access the services;

Zattoo was initially established in 2005 to stream the World Cup 2006, hosted by Germany. They expanded and reached a million users in Europe in 2007, which is noteworthy. Zattoo, headquartered in Zurich, Switzerland is an online platform, streaming TV channels and video-on-demand (VODs) to multiple devices.

Watching World Cup Qualifier games on Zattoo is a breeze. The quality of the streaming is pretty decent, although, at times, it can be less than satisfactory, especially when you watch on full-screen. That said, many factors come into play when it comes to streaming quality. The interface is straightforward to use.

You can catch your favorite TV channels for free; you have access to 121 TV channels via mobile devices, but you only have 30 hours of big-screen streaming time. So, if you want unlimited big screen streaming time, you will have to go for the higher plans. If you like to catch up with the World Cup 2022 games live, you can start on their 30-days free trial. After all, the World Cup games that begin in November will complete within a month.

FuboTV was founded in 2015 and is in New York, USA. They focus mainly on streaming sports channels but expanded their services to include entertainment and news in 2017. They are rather pricey, but they make up for this with lots of content that suit all ages.

FuboTV sports a sleek and clean interface that is compact. Most of their content is available in HD quality (720p) but depending on the program, you can get it at 1080p. The 4K quality is only limited to the selected few. Overall, the streaming is smooth and is a plus point. The media player with the playback controls is standard and satisfactory.

FuboTV catered more for the US audience. However, they have some customers in Canada and Spain, although their plans there are limited. FuboTV’s plan is at $64.99/month and you get all the goodies, more than 100 live sports and TV channels which include 4K resolution as well. You can check out their 7 days free trial to get a feel of this service. The good news is that there is no contract so you can cancel anytime.

Established in 2015, Sling TV has its base in Colorado, the US. They are a streaming TV service that offers you lots of sports channels. That said, they lack local channels. Since Sling TV is only available in the US, you will need a VPN when accessing it from anywhere outside of the US.

The interface looks cramped, featuring a dark and modular scheme. Many find their interface to be lackluster as compared to others. The playback is standard, and most of their live streams are in 720p. The 4K resolution is still not popularly supported. There is a free option that gives you over 5,000 shows without any registration required.

Of course, the free plan will be ad-supported; the content is restricted to a few live channels and the shows/movies tend to be older. If you want more, feel free to explore the Sling TV Plans, which are quite mind-boggling.

YouTube TV was launched in 2017 and four years later, YouTube TV has garnered more than 3 million subscribers in 2021. They are a subscription streaming service that allows you to enjoy live TV from popular cable networks. You also get to watch local and national content that includes live sports, news, and shows.

Perhaps, the only one with unlimited cloud DVR storage space where you can record your favorites, and watch them later, anytime you want. At $64.99/month you also get 6 accounts per household and can record from over 85 channels in the US.

You have the option to include their 4K Plus add-on or if you’re passionate about sports, check out their Sports Plus add-on. You are not bound by any contract, so you can cancel anytime.

You can watch this year's FIFA World Cup on the BBC iPlayer. It's a free online streaming service with a small catch. The service is open only to residents of the UK. However, you can easily bypass this restriction with a VPN.

Besides a VPN you also need a UK postal code, but that can easily be randomly obtained online. Streaming on the BBC iPlayer has always been a smooth experience, even with a VPN. Watching the World Cup should offer a similar experience.

Free TV Channels Where You Can Stream FIFA Matches

Aside from the channels above, you can also watch FIFA matches free. Many TV channels around the world have streaming rights for FIFA 2022. However, access to these channels is often geo-restricted. Unless you're using a VPN, you won't be able to access the channels for those countries.

Here's how to resolve those geo-blocks with a VPN;

NordVPN's three subscription plans differ in pricing by the duration of your commitment. Feel free to explore any plans, as they all come with a 30-day money-back guarantee.

NordVPN supports almost any platform, such as Windows, Linux, Android, iOS, macOS, Smart TVs, Playstation, and many others. They also have a browser extension for Chrome, Firefox, and Edge. Download the NordVPN app of your chosen platform. Proceed to installation. Follow through with the simple onscreen instructions.

Step 4. Connect to the Region Where the Streaming Site Allows Access

Once you have logged in successfully, a list of servers in the respective countries with recently connected ones will show. You can connect to “United States” (assuming the site allows access from the US).

Upon successfully connecting to a NordVPN US server, you can try accessing your chosen streaming site again. Congratulations, you are in!

After the break of another four years, FIFA World Cup is ready to delight football fans once again. The 22nd FIFA World Cup will be held in Qatar from 21st November to 17th December. Qatar being the host is a notable feat for various reasons.

Not only will this be the second World Cup hosted in the EMEA region after South Korea and Japan in 2002, but it is also the first World Cup to be hosted in the Middle East. Also, this is the first time the games are to be at the end of the year – mainly due to Qatar’s hot weather.

Qualifier games started in June 2019 and FIFA World Cup Qatar 2022 will involve 32 teams. Of note is that the 2026 World Cup will involve 48 teams instead. Being the host nation, Qatar automatically qualifies along with the reigning World Cup champions France.

If you want to keep abreast of what has been happening in the FIFA World Cup Qatar 2022 world, here are some of the latest highlights;

Russian team banned by FIFA – FIFA was facing increasing pressure to exclude Russia from the World Cup 2022, following the invasion of Ukraine. Poland had refused to play with Russia during the upcoming 24th March qualifier play-off semi-finals. England, Scotland, and Wales followed suit.

On 28th February, FIFA officially announced that all Russian teams and clubs are suspended indefinitely from participation in FIFA and UEFA competitions.

Christian Eriksen targets return for 2022 World Cup – Denmark's midfielder Christian Eriksen suffered a cardiac arrest while playing in the Euro 2020 match. He had to undergo surgery with an implantable cardioverter-defibrillator (ICD) device. As such, his contract was terminated. He has since been training hard in the hopes of returning to play for Denmark in the Qatar World Cup.

Ukraine football team will play in Qatar 2022 – Despite the Ukrainian Government shutting down football for a month due to martial law imposed on the nation, Ukrainian coach Oleksandr Petrakov insists that Ukraine’s March World Cup play-off game in Scotland will proceed as planned. He believed that his country would be victorious over Russia by then.

Groupings have been fixed for FIFA World Cup 2022. This year's schedule follows the recent format of 32 teams in the Group matches that will narrow the field down to 16 teams. Despite the broad field, there are several hot matches in many of the groups.

There are several streaming sites that you can explore in the hope of quenching that thirst of yours for World Cup matches. Unfortunately, most of them are not free, so you’ll have to fork out some money to cheer for your football heroes.

That said, they are still cheaper than cable TV. If you choose a streaming site, please do not forget to use a reliable VPN to overcome any geo-blocking to protect your information and anonymity.