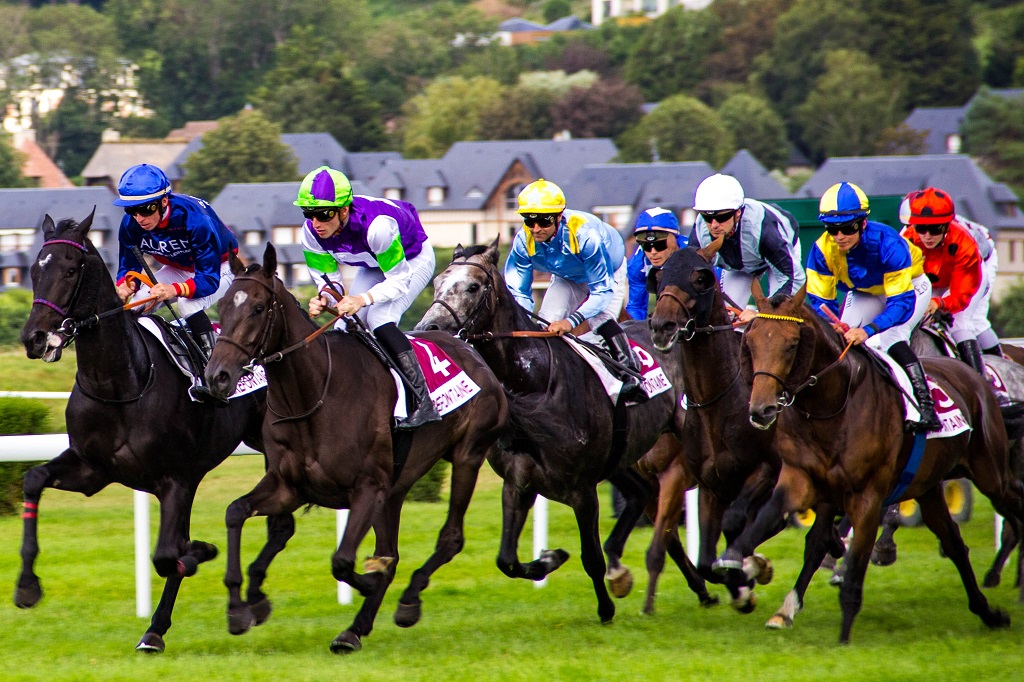 Known locally as “The Race That Stops a Nation,” the Melbourne Cup is the biggest horse race in Australia. Drawing a crowd of over 100,000 people, you can expect packed stands and lots of sweat – so why not watch a Melbourne Cup Live Stream instead?

More and more people watch the Melbourne Cup online each year, thanks to its growing popularity. It's a prestigious event in Australia, keeping up with acclaimed races like the Kentucky Derby and Prix de l'Arc de Triomphe.

For those who can’t watch in person, you can watch Melbourne Cup Live Streams online.

10play is Australia's number one destination for sports, racing, and entertainment. It’s Network Ten’s way of bringing the best to viewers across Australia. You can watch 10play on your phone, tablet, or computer; simply visit their website and sign up for an account.

To give you an idea of what’s available there, you can watch past Melbourne Cup content still on their site as a sample. Best of all, 10play is free – as long as you’re an Aussie resident. If not, don’t worry since a VPN will help you work around that little detail.

Watch the Melbourne Cup on 10play

Kayo Sports is a streaming service that offers live broadcasts from every significant sporting event globally, including the Melbourne Cup. While the service isn’t free, they provide a 14-day free trial, so you can check out how it works before committing.

There are three subscription options: One, Basic, and Premium. One costs $25/mo, the Basic $27.50/mo, and the Premium $35/mo. HD streaming of the Melbourne Cup is available on all subscription plans.

The problem is that, like 10play, Kayo Sports is only available to those who are physically in Australia. But again, a VPN will quickly take care of that detail. Simply connect to an Aussie server, and you’ll be off to the races!

It features coverage of major races, including the Golden Slipper Stakes and Cox Plate, as well as coverage of regular meetings such as the AJC Australian Derby, Spring Carnival, and the Melbourne Cup. The network's programming also includes behind-the-scenes programs such as “Sky Horsepower” and “Racing Nation”.

The channel sounds awfully similar to Sky Sports in the UK so make sure you don’t head to the wrong website (use the link below). This channel is also Aussie-only. If you aren’t using a VPN you won’t be able to visit their website.

TVNZ's coverage of the Melbourne Cup is always a highlight of their racing schedule, with great commentary and ample coverage. If you're in New Zealand, head to TVNZ 1 during the Melbourne Cup season to watch the races. It’s a free-to-air channel that is available to all New Zealanders.

The Melbourne Cup is one of the biggest days in the sporting calendar, so it's no surprise that TVNZ has announced it will be showing the races live. You'll need a subscription to Sky Sport or SKY Go, but those are available with prepaid and postpaid plans.

All you need to do is sign up for a free trial account (if you haven't got one already), then simply search for “Melbourne Cup” in the search box. You'll see a list of available shows appear below, including past races as well as upcoming events such as The Everest 2019 and The Everest 2020.

Watch the Melbourne Cup on TVNZ

Racing.com is a website dedicated to all things racing. It was developed by Fairfax Media in 2016, but in 2019 it became part of News Corp Australia. As such, it offers a comprehensive guide for horse racing fans around the world with up-to-the-minute updates.

The website is also host to some of Australia's leading trainers, jockeys, and horses, so you'll be able to keep track of all your favorite stars no matter where they're racing at any given time. Aside from the races, you’ll find news updates and tips and tricks for betting on your favorite horses and ponies.

Racing.com is a subscription-based site, but you can access the Racing Network section for free. This section contains live streaming of major races, including the Melbourne Cup, and other events such as the Supercheap Auto Bathurst 1000.

Watch the Melbourne Cup on Racing.com

How to Watch the Melbourne Cup from Outside Australia

Whether you’re an overseas Melbourne Cup fan or simply an Aussie away from home you can watch the Melbourne Cup online. The problem is that most coverage of the races is only available in the Anzac region so you’ll need to use a VPN.

Using a VPN is simple;

Aside from giving you access to Melbourne Cup races VPNs offer many additional benefits. They encrypt your data, mask your location, and increase your overall digital privacy and security. Most VPNs will cost between $2 to $4 per month – less than what you’d spend on a beer or two.

Horses Running in the Melbourne Cup 2022

With so many horses running in the Melbourne Cup, it's hard to keep track of which ones are competing each year. Nominations for the 2022 races aren’t till august, following which we’ll update the lists.

Meanwhile, here are the horses that took part in the previous year’s Melbourne Cup Race. For brevity’s sake, I’m only listing those on the final field.

The Melbourne Cup is the oldest and most prestigious horse race in Australia. It was first run in 1861 and is held on the first Tuesday of November each year at Flemington Racecourse in Melbourne. It should come as no surprise that the annual field is hotly contested, with winners lauded for their power and endurance.

Still, while jockeys are great, we somehow tend to focus on the horses. Here are some of the famous champs of years past;