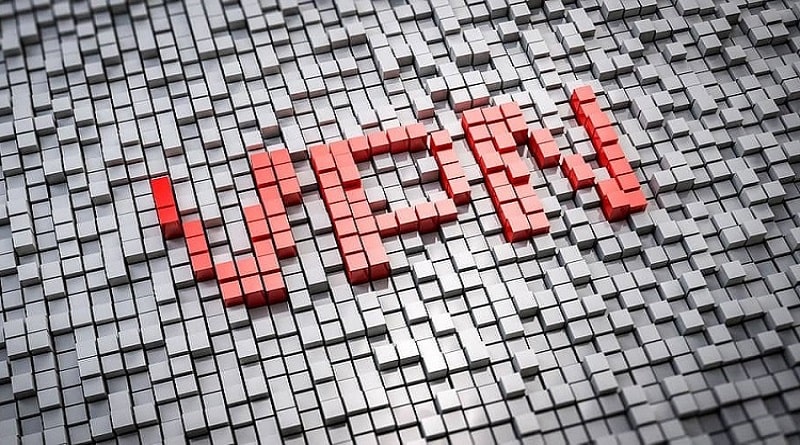 Like any commodity, VPN prices can vary at times. We keep tabs on all the best VPN deals from many providers to ensure you can get various choices. A reasonable price can help sweeten a purchase, even if it's the best VPN service.

Remember, VPN prices don't have to give you a heart attack. Providers often slash prices and offer special deals. Check out the top VPNs available now and grab your subscription at fantastic discounted rates!

If you haven't already read our VPN Guide, in a nutshell, VPNs are designed to help keep you safe and anonymous on the Internet. They mask your actual location, ensuring that anyone trying to track your origin will have a difficult time. VPNs also employ robust encryption to keep your data safe.

There are also side benefits, such as location spoofing, which lets you bypass geolocation locks that some service providers like Netflix have on their content. With that, let's start with a quick summary of the Best VPNs we are currently recommending;

The great news about the best VPN providers is that they often have fantastic deals for their services. Some slash prices while others come up with new and innovative offers such as lifetime VPN packages or more.

Here at HideMyTraffic, we've done our best to ensure that we've tested all the vital functions each VPN offers. However, we understand that the best VPNs sometimes may not be price-friendly. Because of that, we keep track of all the best VPNs in the business and track their pricing to ensure that you get the best VPN deals available.

It doesn't follow the steepest price cuts but is a balanced deal of which VPN currently has the best offer matched against its performance and features.

NordVPN is a no-logs VPN provider based in Panama. It is one of the best VPNs for online privacy and security. Thanks to its unbreakable military-grade encryption and many other advanced features, you can stay safe from hackers and identity thieves.

What Makes NordVPN One of the Best VPNs

NordVPN has been around for a while and has repeatedly proven its mettle. It scores highly in our reviews and remains a good choice if you're looking for a long-term plan at reasonable prices. The service boasts more than 5,000 servers spread across 60 countries.

Part of NordVPN's strength is its broad platform compatibility. You can run NordVPN on almost any device, from standard desktops to gaming or mobile devices. Even better is the fact that you can use up to six devices at the same time.

This VPN brand also boasts a modified version of WireGuard called NordLyxn. The combination is formidable, and speeds and security are top-notch.

NordVPN also excels in privacy and security, pairing standard features like high encryption and split tunneling with more niche advantages. One good example is NordVPN Meshnet which allows you to manage your device network securely.

How Much Does NordVPN Cost?

The company has just increased its prices, but it is still extremely reasonable at $3.99 per month for the three-year plan. NordVPN's extensive network and consistently ranks highly are additional motivating factors to get this great deal. It also offers a custom version of WireGuard, so jump on the gravy train now!

ExpressVPN is an institution in the VPN scene. Fast, secure, and excellent all around, this powerful service hasn't always had the reputation of being cheap. However, they are still willing to offer a great deal with a current 35% discount!

What Makes ExpressVPN One of the Best VPNs

ExpressVPN offers more than 2,000 servers in 94 countries around the world. All those servers are optimized to provide the best possible speed and connectivity. The company says it can handle up to 1 million connections at once, which should be more than enough for almost any online activity.

They offer comprehensive compatibility features and have clients that can be used on almost any platform. Also, they are one of the few VPN services around that have actually gotten their security audited – and passed with flying colors!

Surfshark is based out of the British Virgin Islands and is a newcomer to the VPN scene. That's perhaps one reason they're offering steep discounts of up to 83% off if you sign up with them now!

What Makes Surfshark One of the Best VPNs

The company has a strict no-logs policy, meaning that even if law enforcement agencies came knocking on Surfshark’s door demanding access to its servers or user data, they wouldn’t be able to get anything useful from them because there isn't anything there for them to take.

The rate is an absolute steal and is excellent value-for-money considering the top-notch security and peace of mind you'll get. Put your privacy in good hands with them and enjoy this awesome price while it lasts!

CyberGhost is a VPN that offers the best of all worlds: a high level of security, no logs, and a massive number of servers in more than 60 countries. The company has been around since 2011 and has made its name by offering its service at highly reasonable rates.

What Makes CyberGhost One of the Best VPNs

Security and privacy are the two main aspects of CyberGhost's services, which is why this particular VPN is suitable for both beginners and advanced users. The company works out of Romania, but it doesn't keep logs of user activity.

Users can choose from three significant protocols; IKEv2, OpenVPN, and WireGuard. The latter will be the best choice since it's lightweight and swift. In addition, you can use CyberGhost on almost all popular operating systems, devices, and routers.

What I love best is that CyberGhost works with many movie streaming services. My main go-to is Netflix (I use a CyberGhost US server to access Netflix US content). However, it works with most others, such as Hulu and Amazon Prime.

You can currently grab a CyberGhost subscription for just $2.19/mo, it's an absolute steal!

TorGuard is a favorite of mine because I'm a P2P fan. This is one of the few VPN services that not just supports P2P but was designed around the premise of file sharing! Their service is fast and secure, but you may have to put up with a slightly clunky app interface.

What Makes TorGuard One of the Best VPNs

TorGuard VPN is a VPN service that offers many servers, fast speeds, and strong security. It's also one of the most well-rounded VPNs on the market, with apps for all major platforms, including mobile devices.

Still, it's been a good experience, and you can expect excellent support from their highly trained and experienced customer service reps. Currently, TorGuard is having its summer sale, and that's giving you a whopping 50% discount on new plans. Talk about giving it away for almost nothing!

IPVanish is one of the more established names out there and has become embroiled in some unfortunate incidences in the past. However, that was in a different life, and new management has been a breath of fresh air in this service.

Offering secure connections and a no-logging policy, this VPN is one to consider, especially if you look at their 60% discount on annual plans. No need to sign up for 4 or 5 years just to make IPVanish more affordable!

FastestVPN may or may not be the greatest around, but one thing is for sure – the price is hard to beat among commercial VPN services. These guys are playing the long game at less than a dollar a month on their five-year plan.

There are limited servers available on this service, but aside from that, security options here are top-notch. FastestVPN has been working hard at their game, and not only have they hugely improved performance, but their pricing is fantastic.

Ivacy is a Singapore-based VPN service provider which has been in the market for some time now. Originating from a small country it has managed to establish an impressive network of over 1,000 servers in more than 100 locations around the world.

Their rates are reasonable, and if you get them during a sale period, you can save as much as 70% to 80% off regular prices. For that small price, you stay safe and anonymous online, plus can access geo-blocked services such as regional Netflix content.

Be Wary of Free VPN Offers

Many VPN services are floating around that brand themselves as offering “Free” VPN services. These are usually of two varieties – unlimited and limited free VPNs. There is a vast difference.

Unlimited free VPNs are usually highly underperforming services that earn money in another way than through subscriptions. At best, you're bombarded with ads (which use tracking anyway!), and worse, they're selling your data or bandwidth.

Limited free VPN services often use the tempting word ‘Free' to offer accounts that are so crippled that they are practically of no use. They do this to pull in the traffic and convert it to paying customers. Your digital freedom is worth more than taking that risk.

Check out some of the Free VPN Services we've looked at here to see what we mean. If you compare the pricing and features against those on this page, you'll find that taking on a top-notch VPN service can be cheaper in fact!

Which Best VPN Do We Recommend?

Having experienced so many services, we can tell you that the landscape of VPN services is continuously shifting. Take, for example, the case of Surfshark, which is a relative newcomer to the scene but has shot to excellent placings in our reviews.

At this point, they offer what we feel is the most outstanding value for money. Their mix of price and performance is superior, and they offer it at an ideal contract period of around two years.

Yet the price isn't everything when it comes to a VPN service, and the best VPN deals only go so far. First and foremost, they protect your privacy on the internet, with other features that benefit you coming in to play along the way. All of this needs to be packaged into a user-friendly piece of software for your benefit.

In terms of sheer performance and integrity, we haven't entirely found any other service quite as seamless as NordVPN. It does its job so well, yet the user experience is flawless.