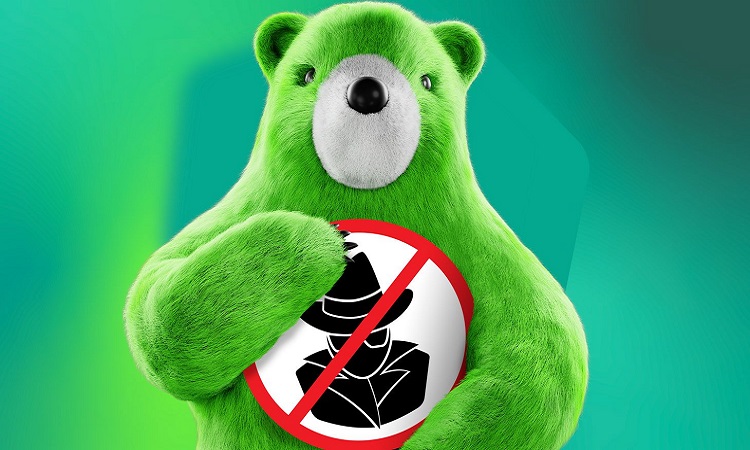 Stalkerware programs are designed to intrude into your life and in some cases can cause serious harm. While in some cases they can merely fall under the ‘creepy' category, others have resulted in violence.

Though the use of these malicious apps, stalkers can access much of your private data such as messages, photos, social media, geolocation, audio or camera recordings (in some cases, this can be done in real-time). Such programs run hidden in the background, without a victim’s knowledge or consent.

For some years, the problem of ‘stalkerware’ has been on the rise. Non-profit organizations are experiencing a growing number of victims seeking help with the problem. According to Kaspersky, the number of users facing stalkerware rose by 35%, from 27,798 in 2018 to 37,532 in 2019.

There has also been an increase in the number of variants of stalkerware, with a total of 380 identified in the wild in 2019 alone. That's an increase of over 31% over the previous year.

Stalkerware is essentially malware and installed without the device owner’s consent to secretly stream the victim’s personal information including images, videos, correspondence, geolocation data, and more to a command server.

This carries the danger of personal information being misused by third parties, such as the app owners. Almost all stalkerware is designed to monitor victims’ actions including keyboard activities, making it extremely effective in stealing information. The low-cost malware, sometimes as little as USD7 a month, can stay hidden on a victim’s device, which makes it an affordable way of monitoring someone’s movements.

If You Affected by Stalkerware:

“In order to counter this issue, it is important for cybersecurity vendors and advocacy organizations to work together. The IT security industry gives its input by improving the detection of stalkerware and better notifying users of this threat to their privacy.

Meanwhile, service and advocacy organizations directly work with victims of domestic violence, know their pain points and requests, and can guide our work. So acting together, shoulder to shoulder, we will be capable of assisting survivors through technical expertise and capacity building,” said Vyacheslav Zakorzhevsky, Head of Anti-Malware Research at Kaspersky.

“Studies have shown that 70% of women victims of cyberstalking also experienced at least one form of physical or/and sexualized violence from an intimate partner. We need to stop perpetrators from using their partners’ phones for stalking and hold them accountable for their violence.

The Coalition Against Stalkerware enables us to bring our knowledge on gender-based violence and perpetrators to IT security companies – so we can work together towards ending violence against women and girls perpetrated via new technologies.” – Anna McKenzie, Communications Manager at the European Network for the Work with Perpetrators of Domestic Violence (WWP EN)

“When designed to operate in complete stealth mode, with no persistent notification to the device owner, stalkerware can give abusers, stalkers, and other perpetrators a robust tool to perpetrate harassment, monitoring, stalking, fraud, and abuse. This type of abuse can be terrifying, traumatizing, and raises significant safety and privacy concerns. The creation of this Coalition is an exciting step forward to address this problem.” – Erica Olsen, Director of the Safety Net Project at the National Network to End Domestic Violence.

“As a non-profit organization, we know that technology facilitates abusers access to their victims’ private data. Rarely victims seek help because they feel ashamed. For WEISSER RING stalking is increasingly an important issue we encounter in our victim help.

Therefore we have developed the NO STALK app together with the WEISSER RING Foundation to provide victims with an effective tool in order to document stalking in an evidence-proof manner.” – Horst Hinger, Deputy Managing Director, WEISSER RING

The Coalition has been envisioned as a non-commercial initiative to bring stakeholders from non-profit organizations, industry and other areas such as law enforcement under the same umbrella. Due to the high societal relevance for users all over the globe, with new variants of stalkerware being developed on a regular basis, the Coalition Against Stalkerware is open to new partners and calls for cooperation.

Who is Fighting Stalkerware?

Until now, there was neither an agreed-upon standard definition for stalkerware nor detection criteria which made it particularly difficult for the IT security industry to communicate around the issue. With this in mind, the founding members of the Coalition Against Stalkerware have taken the important step of creating a proper definition and reaching a consensus on detection criteria.

In support of the International Day for the Elimination of Violence Against Women (November 25), the Coalition has just launched a new online portal, www.stopstalkerware.org, with the goal of helping victims, facilitating knowledge transfer among members, developing best practices for ethical software development and educating the public about the dangers of stalkerware.

A key objective of the website will be to provide a helpful online resource for victims of stalkerware. Users will find information on what stalkerware is, what it can do, and, most importantly, how to protect themselves. The website will list common indicators to check if a user thinks they may have become a victim of stalkerware, and what steps they should and should not take.

For example, it is important to consider whether removing stalkerware could potentially cause more harm, as the abuser will be informed immediately by the app, or it could erase evidence critical to a law enforcement investigation.

Although Stalkerware is malware and works directly on your system, there are many other ways in which your online identity and privacy can be compromised. There are many threats online and one way of staying safe and secure is with a Virtual Private Network (VPN).

These services are designed to help you safeguard your identity and data, doing so by using secure servers and high levels of encryption. They are also not very expensive and you can easily find a solution that will help safeguard your digital activities for as little as a dollar a month.