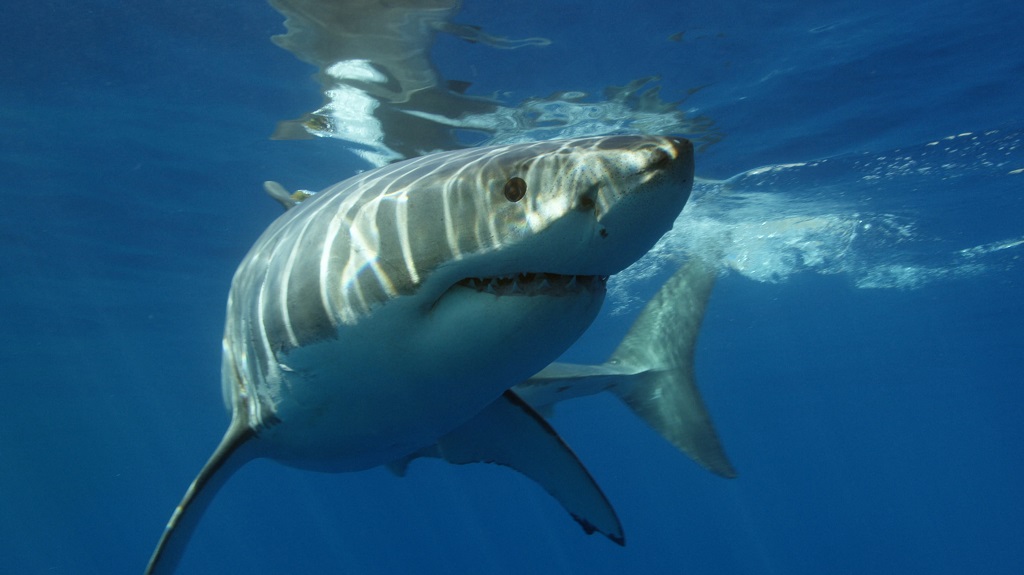 Are you in the mood for some seriously intense and keeping-on-the-edge movies? Don't worry, nothing of the supernatural or horror genre, just some gory and constantly jaw-gripping shark movies. Read on if you're ready to dive into a binge of the best shark movies on Netflix.

Before we begin, though, Netflix is an excellent service but tends to lock movies for specific reasons due to licensing rights. If any of the shark movies on this list don't appear on your Netflix, try using a VPN and connecting to a US server before loading the streaming site.

I prefer to use NordVPN since it's given me the best all-around experience. However, if you intend to use the VPN only for streaming movies, then Surfshark offers excellent value for money. See my list of Best Netflix VPNs to check out other options.

How to Watch Any Shark Movie on Netflix with a VPN

Using a VPN to change regions and access more Netflix locations is easy. You can do it in a few simple steps;

The classic shark movie that pioneered it all, Jaws, is based on the 1974 novel by Peter Benchley. This thriller movie is about a great white shark that terrorizes beachgoers in the New England beach town of Amity Island.

It comes down to the responsible local sheriff, a marine biologist, and an experienced shark hunter to ward off the shark and keep the people safe.

The film follows the same basic plot as the book. But it adds some new elements, such as police chief Martin Brody's wife and son being at risk of being eaten by the shark, which isn't in Benchley's novel (though it is in the sequel).

What makes Jaws so memorable is not just its scary story or great acting but also its special effects. We take special effects for granted today because we see them in every movie. But back then, they were still relatively new and exciting to viewers.

In this sequel to Jaws, Roy Scheider reprises his role as Police Chief Martin Brody. A new hotel brings in more people to Amity waters. Another great white shark terrorizes the waters by killing scuba divers. A series of disappearances confirmed Chief Brody’s fear as he now has to battle another terrifying monster at sea.

When Jaws 2 hit theaters in June of 1978, it quickly became one of the highest-grossing films of all time. But despite its success as a box office hit and critical darling, many fans consider it to be inferior to its predecessor.

Fancy the handsome British actor Jason Statham flexing his muscles while battling a megalodon shark in this loosely adapted version of the 1997 book named Meg: A Novel of Deep Terror by Steve Alten?

In this popular shark movie, he was sent to the bottom of the Pacific Ocean to rescue some researchers. Together with the marine researchers, they must remain highly alert to outwit the giant terror.

Warner Bros. Pictures released the Meg in the United States on August 10th, 2018. It received mixed reviews from critics and has grossed $373 million worldwide against its $150 million production budget. Not quite as successful as most of the other top-billed shark movies on Netflix, but still a decent show.

Watch The Meg on Netflix

A medical student, Nancy Adams, reminisces about her mother, who recently passed away at a secluded beach in Mexico. As she surfs back to the beach, she is knocked off her board by a great white shark that bit her leg. Nancy struggles with the waves to reach the shore, her biggest obstacle being the shark, preventing her from getting to safety.

The movie is as intense as it comes when it showcases the relentless pursuit of the great white shark that pushes Nancy beyond her limits. She must find her way to ride the waves and face the shark.

Watch The Shallows on Netflix

Two sisters enjoying a vacation in Mexico decided to venture into the sea to enjoy shark viewing from a diving cage. Accidents happen. When their cable snaps, the sisters find themselves trapped at the bottom of the ocean with hungry sharks.

To call 47 Meters Down a shark movie is like calling Jaws an ocean movie. Sure, the shark plays a part in the story, but it's not the film's main focus. There are only two scenes with the titular marine predator; even those are more of an afterthought than anything else.

47 Meters Down premiered at Regal South Beach Stadium 18 in Miami on June 28, 2017, and was theatrically released on July 6, 2017. The film received mixed reviews from critics and has grossed $44 million worldwide against its $5 million budget.

Watch 47 Meters Down on Netflix

Based on a true story, Daniel Kintner and Susan Watkins decided to salvage their relationship by going on a scuba-diving expedition. Due to a miscount, the tour boat leaves, believing everyone returned and was onboard.

Soon, both Daniel and Susan found themselves stranded miles away from shore in shark-infested waters, leading to a massive turn of events in their lives. They must figure out how to survive in the open ocean for several days before being rescued.

Open Water is a low-budget film that cost $150,000 to make. It was filmed entirely in Belize, Central America.

Ready for some sky-high and intense action? Deep Blue Sea is about a group of scientists that gather to pursue research on finding a cure for Alzheimer's disease. They need the brain tissue of a DNA-altered shark.

Unfortunately, little did they realize that they have become the prey for the genetically altered shark that showcases high intelligence. The team must now survive this mega creature.

This shark film was released in the United States on July 31, 1999, and received mixed reviews from critics but was a box office success. It grossed $78 million domestically and $90 million internationally for a total gross of $168 million, making it the tenth highest-grossing film of 1999 worldwide.

A standalone sequel to 47 Meters Down, this installment tells the story of Mia and her stepsister Sasha who moved to a new place. Feeling out of place, they found themselves doing the unthinkable, exploring an underwater Mayan city, only to broach the territory of a group of hungry and deadly sharks in the claustrophobic submerged caves.

Watch 47 Meters Down: Uncaged on Netflix

If you’re tired of being hunted and battling off a great white, check out this highly acclaimed comedy. Featuring a star-studded cast, this animated movie was nominated for an Academy Award. The comedy revolves around an underachieving little fish named Oscar.

Life for him goes awry when he claims that he killed Frankie, who happens to be the son of a shark mob boss. All in the name of glory, Oscar's dishonesty, unfortunately, carried him to even darker waters while trying to keep up the facade.

Five people took off for a fun-filled flight to the picturesque Hell's Reef. Upon landing, they come across a suspected shark attack corpse. They realized that there could be another survivor out there. They eventually flew off in search of the survivor, supposedly in a missing yacht.

They found the sunken wreck and a partially eaten corpse. Little did they realize that great calamity awaits them as a great white shark sinks their seaplane, leaving them no choice but to be stranded on the life raft.

If you require a good family movie with the young, watch this South African animated action-comedy movie, Seal Team. Quinn, the fearless seal, puts together a squad of misfit recruits to fight off a group of ruthless sharks to reclaim their freedom in the open sea. It is good for laughter too!

Sharkdog is a little unusual in this list of best shark movies on Netflix. Not only is it a cartoon (your kids will love it!), but it also runs as a series. Watch as Sharkdog and his little human Max get into all sorts of trouble in their adventures. Is it a shark, or is it a dog? You can decide after watching this series!

So, here you go with a list of movies that will surely bring you to bouts of screaming and suspense, well, most of them. Prime your couch, don your comfortable pajamas, and cradle your cuddly cushion while digging into a bucket of chips as you binge on shark movies on Netflix this weekend.