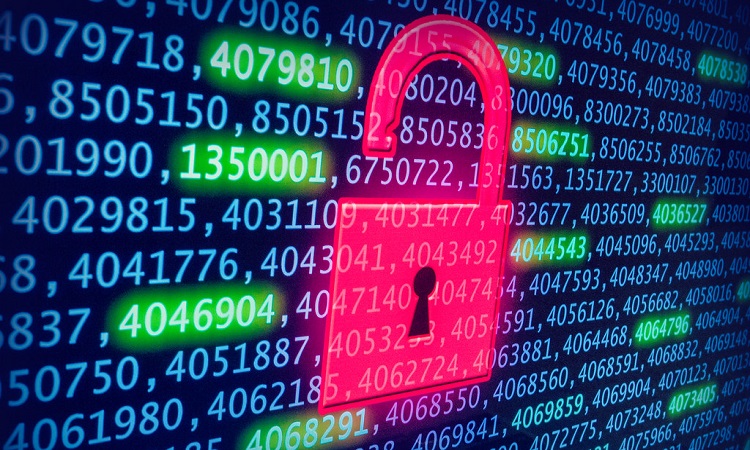 An increasing number of data breaches is sweeping the world. The number of incidents has increased, but so has the scale of data loss. Companies sometimes lose billions of data records in a single data breach.

While we know that even the most secure IT infrastructure won’t keep out a determined attacker, are these companies too lax with our data? Data loss can result in anything from identity theft to physical harm if it falls into the wrong hands.

To give you an idea of the shocking scale of data loss, here are some of the most impactful data breaches over the past few years.

Data breaches are generally broad-scale which makes the Crypto.com data breach strangely targeted. Cybercriminals targeted the wallets of 483 users and made away with $18m in Bitcoin and $15m in other cryptocurrencies.

Even worse was the fact that the attackers somehow managed to bypass two-factor authentication (2FA) protocols to pull the hack off. Perhaps it just goes to show that stricter oversight of security measures is necessary, even at the user end of things.

In 2021, Cognate, a cybersecurity analytics firm, left exposed 5 billion records in its unsecured database. Information such as names, emails, passwords, and sources of leaks, was given full access to anybody; unfortunately, they were unprotected by passwords or any other authentication method.

The irony is that the database, created for cross-checking purposes (to check if any client in the database was involved in any data breach incidents), is instead breached, exposed, and not secured. Cognyte responded by stating that they managed to secure the said database fast enough to prevent “potential exposure.”

LinkedIn, the professional networking giant, was also not spared in its recent 700 million records breach. A total of 700 million user information was on sale in a Dark Web forum. Although the information sold did not include login and financial details, the amount of personal data for sale was staggering. It had names, physical addresses, emails, phone numbers, background information, and others.

However, LinkedIn refuted that this was not a data breach and it was merely a violation of their terms of service. That said, many believed that the nature of the leaked data was enough to facilitate cyberattacks on exposed users, leading this to be a data breach.

This leak is the second time such an incident of this scale hit JustDial. The same incident occurred in 2019 in an almost identical fashion. The database was left neglected, and nobody could even contact the company to inform them of the leak.

An employee misconfigured Elasticsearch. As such, the database became exposed online without any password protection. Tons of personally identifiable information (PII), such as names, emails, sexual orientation, username, correspondence, IPs, payments logs details, and others, were exposed without sufficient security measures in place.

The risks of identity theft, financial fraud, website attacks, phishing scams, and even blackmail increased. Furthermore, this leaked backend could create a backdoor for further exploitation. The impacted audience mainly originated from the US, Brazil, and Italy.

Chinese microblogging platform Sina Weibo admitted to 538 million accounts leaked. The impacted information included names, usernames, phone numbers, and others. Weibo also announced that although passwords were not compromised, the leaked information could still trace accounts to any reused passwords. The leaked information was found available on the dark web for sale.

Since Yahoo claimed that there was no stolen information, this posed “no serious security impact.” However, this incident was still considered a data security breach.

An employee of a marketing consultant company used crawler software to scrape customer information from Taobao, Alibaba’s online shopping mall, in 2019. The employee was engaged to help merchants on Taobao.

The leaked information included usernames and mobile numbers and was reportedly not put on sale, instead used to serve the employee company's clients. Fortunately, Alibaba did not experience any financial loss. Taobao has since invested resources to strengthen its website against unauthorized scraping.

The breach was due to an unsecured MongoDB instance with no password, which compromised almost all their customer information – names, IPs, birth dates, emails, genders, phone numbers, mortgage amounts, etc.

In 2019, a security researcher discovered a Facebook leaked database involving 533 million accounts. Users from all over the world had their personal information exposed – account names, Facebook IDs, comments, phone numbers, and others.

And in 2021, such information appeared on a hacking forum. Facebook downplayed the incident by claiming that the leaked information came from already available public information on the site.

Canva is an online graphic design tool that lets users easily create compelling yet straightforward designs with a drag and drop interface. The company’s servers were attacked by a hacker who managed to steal over 140 million data records before the hack was detected and stopped.

TrueCaller is a call management mobile application most known for its comprehensive call-blocking features. Security experts claimed that the company lost millions of data records belonging to users in India. Although TrueCaller has denied these claims, other sources have stated that the data records have been found available for purchase on the web.

Popular news aggregation site Flipboard managed to lose over 150 million records over two separate incidences in 2019. The company came clean and disclosed the information, although it claimed that passwords were encrypted and remained safe.

In 2018, the government ID database, Aadhaar, reportedly was hacked, potentially compromising 1.1 billion citizens' information. The 12-digit identity numbers, bank details, biometrics data, photographs, and others leaked online. The data breach was due to a data leak on a system operated by a state-owned utility company.

The Aadhaar ID numbers are issued by the Unique Identification Authority of India (UIDAI), a statutory authority in India. Aadhaar is a tool to standardize data collection and ease the process of managing finances from the government to the citizens. Hence, it became one of the biggest biometric databases.

There were reported criticisms regarding the system's security, making it vulnerable to data leaks. Also, around 200 government websites accidentally exposed such personal data from Aadhaar. Additionally, cybercriminals sold Aadhaar card details via WhatsApp.

How Costly is a Data Breach?

Data Breaches are incidents in which information is stolen or taken from a computer. It can range from a few records to millions of customer contact lists. They are a significant threat to businesses. In addition to substantial financial loss, companies often suffer irreparable damage to their brands and reputations.

Incidents involving the loss of data are now happening at an alarming rate. According to the Verizon 2021 Data Breach Investigations Report, the number of reported security incidents has increased from 3,950 in 2020 to 5,258 in 2021.

The average cost of a data breach for companies around the world is $3.86 million, according to a new report from IBM Security and the Ponemon Institute. The study, which includes responses from 2,000-plus professionals across 16 countries and various industries, found that the per capita cost of a data breach has increased by 6.4% since last year.

Minimizing the Impact of Data Breaches

If by now you’re shocked at not just the numbers of data records lost, you’ll probably also be speechless at how it happened. The cause isn’t just hackers, but data is being lost through sheer negligence, like in the case of Facebook and JustDial.

While we as consumers can’t do much about how the companies store and protect our data, it doesn’t mean that we are blameless. Careless attitudes towards our personal information contribute more to the situation than we think.

By taking personal cybersecurity into our own hands, we can at the very least ensure that our data is safe in our own hands. At least until the onus of security is transferred over to the companies or services we use.

The first thing you can do is to check if you’ve been the victim of one of the numerous data breaches that have already occurred. HaveIBeenPwned is a great resource to do this. Simply visit the site and enter the email address you’ve been using to register your accounts online.

The site will search its database and tell you if your information is at risk and from what source.

Conclusion: Take Security into Your Own Hands

The age of digital means that we are more connected now than at any time before. Everything we use, from smartphones to new IoT devices like intelligent home systems, communicates and exchanges data. Much of it is about our unique behavior and preferences.

At the same time, companies have increasingly shown that they are unable (and in some cases, unwilling) to secure their users' data. This means that all our data, yours and ours isn’t safe in their hands. While we can only hope that regulators and heavy fines will change their minds and attitudes, we need to take security into our own hands.