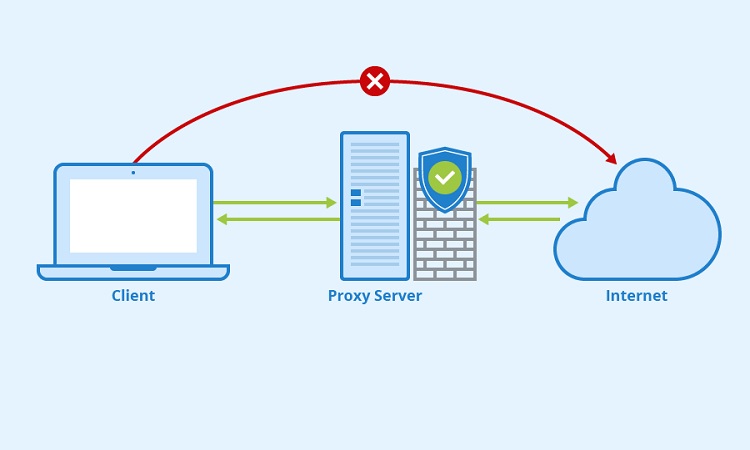 The debate of using a VPN vs Proxy is one often heard. Part of this is because VPN and Proxy servers are similar in some ways. For example, both can help you hide your IP address. However, significant underlying differences make VPNs a better choice.

Internet service providers (ISPs) and governments often limit access to certain online content. By default, they block users from visiting websites that contain mature content, gambling, and torrents. In some cases, they even restrict access to social media platforms and messaging apps.

More importantly, cybersecurity is now a vital aspect of digital life. From companies with tracking cookies to hackers stealing information, everyone is trying to grab and use your data. If you're undecided between using a VPN vs Proxy server, read on.

Proxy servers are computers on the web that redirects your web browsing activity. Let's say you are trying to access a website that is blocked in your country. You may see an error message saying the website isn't available in your country, or you can't connect for some other reason.

With a Proxy server, you can change your IP address so it looks like you're accessing the site from another location where the site or app is not blocked.

There are two kinds of Proxy servers and each type behaves slightly differently.

HTTP Proxy – A HTTP proxy server is one that accepts a HTTP request, say for a website or file, and then fetches it and sends it back. This can be used to get around restrictions in firewalls, download files from file servers that are behind the firewall, etc.

SOCKS Proxy – A SOCKS Proxy server uses an SSH tunnel for specific applications. It forwards their traffic down the tunnel to the server. The proxy then forwards the traffic out to the general Internet.

How a VPN Works

A VPN performs the same purpose by tunneling your data to a secure server. The data is then routed toward the intended destination, adopting the IP address of the secure server. During the process, information traversing the VPN tunnel is encrypted so it can't be read even if someone manages to intercept the data.

Using a VPN typically includes having to download and install a VPN application. This application works at the Operating System (OS) level, making it more difficult for external agents to interfere.

To learn more, read our guide about How a VPN Works.

VPN vs Proxy – What Are The Main Differences?

Both VPNs and proxies have their advantages, but in certain situations, one will work better than the other. Depending on your needs, one may work out better for you than the other.

Technically, Proxy servers should offer better performance since they don't use data encryption. However, free Proxy servers are often less capable than VPN servers, and sometimes poorly configured. The performance you'll find on a Proxy server will vary significantly. VPN performance is generally more stable, and with the introduction of the WireGuard protocol, performs much better than in the past.

Unlike VPNs, proxies don't encrypt traffic, so you'll get no protection from your ISP or anyone else watching the network. VPNs encrypt your internet traffic the contents, destination, and anything else about your data is completely private.

VPN service providers often have full control over the secure servers, giving users greater peace of mind. Surfshark and NordVPN, for example, operate RAM-only servers they can wipe data from at the pull of a plug.

Proxy servers and VPNs can be used for basic functions like hiding your IP address and accessing geo-restricted content on video streaming sites. However, technological differences make Proxy servers easier to identify and block in many cases.

Many Proxy servers are offered as “free to use,” making them popular with users. However, since operating these services costs money, Proxy server providers often end up streaming your data and selling it to third parties for profit. As such, they cannot be considered as offering full anonymity.

Proxies are easier to set up than VPNs and don't require any downloads or software installation. VPNs typically require the use of an additional element, such as a browser plugin or application. It isn't difficult but will take up a few minutes more of your time.

Although you will find many free Proxy servers, there are some paid services available as well. Likewise, VPNs also come in free and paid variants. In either case, using free versions is most risky, especially if privacy is your main concern.

Using a Proxy Server is like playing Russian Roulette with your online safety. Don't take risks and sign up for a NordVPN deal today.

Conclusion: VPNs Are a Better Choice

In all honesty, we understand the ‘starving student’ concept and that pinching pennies in college is the way to go. Times are different nowadays however and the web is much more dangerous than it used to be. Using a VPN is much safer and not just protects your information but basically lets you remain anonymous online.

The costs associated with VPNs are also negligible if you sign up for longer-term plans. Many of them also have massive sign-on discounts. If you're interested to know how much you can save on a VPN subscription, check out the comparison table on our Best VPN Deals page.

1 thought on “VPN vs Proxy: What’s the Difference?”